SolarWide has a fantastic team of fully qualified grid-connect solar Sunshine Coast and Brisbane installers. Our installers are highly qualified solar electricians, have installed solar for many years and are accredited with the Clean Energy Council.

Installing a grid-connect solar power system from SolarWide is one of the best ways you can beat rising energy costs and save money on electricity, all whilst helping the environment.

We service all suburbs across the Sunshine Coast including the outlying areas of Yandina, Coolum Beach and Noosa Heads in the North and North Lakes, Redcliffe and Carina in the South. 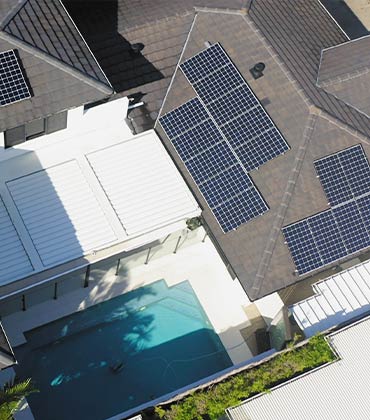 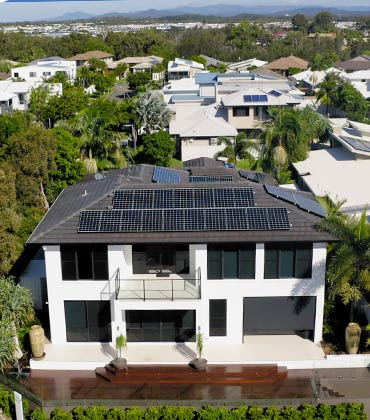 *Upgrade to Fronius Primo 5kW (Austrian made) for only $3.57 p/week extra

As you can see above, the Federal Solar Incentive (Rebate) dramatically reduces your out-of-pocket expense when you purchase solar. The best in this support news is that SolarWide will handle all the incentive paperwork for you.

It is important to note, STC’s are being phased out in Queensland in a few years and reduce each year by about 10%. Eventually, they will no longer exist.

So, if you’re considering buying a solar system with free Government support be cautious about who you are purchasing it from and evaluate how you can protect yourself, to safeguard yourself in the long term.

As the incentive is rapidly reducing year after year, if you buy a cheap solar system that is dead in a few years, the incentive might be gone when you next need to upgrade or replace your system.

If you’re looking for a system that will last the distance, handle the heat, rain and variety of weather conditions on the Sunshine Coast consider REC panels.

The well-known, international manufacturing company produce high-quality panels that are designed and extensively tested to last. REC is also highly equipped and experienced to manage a smooth support process if a fault or issue is to arise.

The same applies to the inverter manufacturers we have recommended – so at SolarWide we trust our reliable suppliers will get your renewable energy system up and running for you as soon as possible with minimal, out of the pocket expenses.

If you would like to arrange a free, no-obligation quote or would like to learn more about our premium products please give us a call on (07) 5309 5871 or send us any questions via the chatbox.

The solar rebate ids a Federal Government program and SolarWide will assist you in gaining the rebate, every step of the way.

Quality product needs to go hand in hand with a quality focused installation. You are in the right hands with SolarWide

There are many factors that come into play when making the switch to solar energy:

While these households are usually very keen to make the change to solar, as soon as they see a quote that is higher than expected, some decide they can’t justify the costs involved.

Unfortunately, this is largely due to misinformation in the solar industry. Mid-sized quality systems can cost between $7K – $10K, but cheap solar manufacturers might advertise their low-quality systems for $3K – $4K which excites potential buyers.

Some consumers will give up after this initial quotation step, while others will find another installer offering cheaper panels from a brand they’ve never heard of.

This is where things for the consumer start to get tricky. Unfortunately, a cheaper solar panel deal usually isn’t something to get excited about.

A cheaper solar panel is exactly that; they are made from cheaper materials, they go through less quality assurance testing or none at all and they are a big gamble for homeowners wanting to reduce their electricity costs.

So we recommend the motto “Buy quality, buy once” and stay away from the saying ”Buy cheap, pay twice”.

Most people have no idea about solar until they need to buy it. Some people assume that all solar is the same, so they choose to go with the cheapest quote, but the smart ones educate themselves on the basics of solar.

Solar can appear to be a minefield, so being able to understand the basics will help you with your decision. Many solar sales companies try to confuse you with fancy panel data sheets and a lot of numbers. We tend to find that most customers feel misled and confused, and often have no idea what the numbers and the terms mean.

That is why here at SolarWide, we’re here to help you untangle the jargon and make sure you have a clear understanding of the product you select and the warranty you are entitled to. If you are wondering what information you need to understand on a solar panel datasheet or solar quote offered by an installer, be sure they can explain and identify the following terms.

Cheap Solar Panels get pulled off the roof in as little as 3 years. 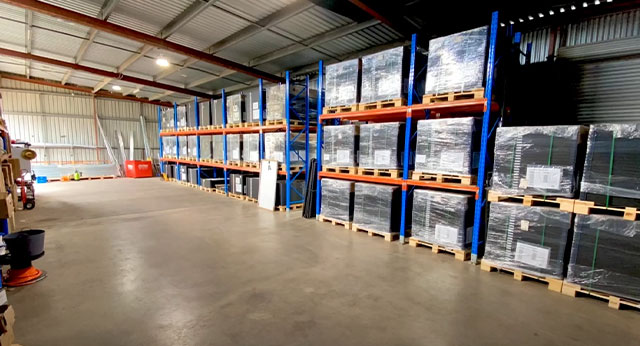 REC panels are the panel brand with one of the best quality reputation in Australia, having achieved very low warranty returns, strong wind loading and excellent output test results.

Solarwide are one of the leading installation companies on the Sunshine Coast. Here we are unloading our latest delivery of panels, and when we say delivery – its a big truckload.

What Is an average size electricity bill before solar?

Let’s imagine this home uses on average 22kWh of electricity per day, which is similar to the consumption for a standard home. The average cost per kWh is 26c. So 22x 26c kWh is $5.72 per day for electricity.

Then other than the cost of electricity, there is the supply charge which is charged by the energy retailer to supply you with electricity. The daily supply charge in this instance is $1.02c per day. So the used electricity and supply charge together makes up the total daily cost.

How much savings will a solar power system produce?

Lets assume the average home will use 50% of the solar produced and the home owner will sell the remainder 50% back to the energy grid.

How much would my electricity bill be with a grid connect solar system?

Can you give me a sample how cheap solar companies operate?

Let’s use a fictitious example, which is typical of what’s going on out there. The company is Soolaproof. Please note that Soolaproof is a made-up company name and not a real company at the time of publishing).

Soolaproof is a new, up and coming solar company that arrived in Australia from America in 2019. The company produces cheap solar panels made in an Asian manufacturing hub and makes a $10 profit from every panel they sell.

Soolaproof has now appointed some installers and they installed 20 x 350W panels on Karen and Dave’s house on the Sunshine Coast in March 2019.

At $10 manufacturer’s profit per solar panel, Soolaproof profited $200 on the installation. Six months later, after recent rainfall and a relatively high electricity bill, Karen and Dave had someone inspect their solar panels as they believed the panels were not performing.

The Sunshine Coast solar panel specialist identified that the panels had experienced water ingress from a broken seal caused by a manufacturing fault. Karen and Dave approached the Soolaproof installer and Soolaproof direct to honour their product warranty.

After some backward and forward, which got more and more heated, and with much resistance, Soolaproof had to pay an installer around $1,000 for the labour of swapping the 20 faulty panels.

On top of this, they had to pay for shipping and handling costs, admin fees and the replacement panel production costs. As a result, the estimated total cost for Soolaproof to replace one 20-panel system was approximately $3,500. If Soolaproof only made $200 on the entire job, we’d expect the company to fold in Australia within six to twelve months, as more and more panels will fail.

Unfortunately, in the future, this leaves hundreds if not thousands of Sunshine Coast residents with faulty PV systems and unhonourable warranties.

So, what does that mean to you when you are looking to buy solar power?

Luckily at SolarWide, we are a REC Platinum Partner on the Sunshine Coast.

So, if there is a product failure with REC panels, which we are yet to experience, REC’s local team is well and truly capable of taking the hit and replacing the faulty panels to get your system up and running for you as soon as possible.

Smaller manufacturers are far less likely to be able to afford any mass failures. Sure, any solar installer can replace a few panels on your home or business. But we are most concerned about the long term quality of your system.

Particularly if it’s faulty or your system fails because you decide to purchase a cheap offer at the time.

Typically, when a panel of a particular brand begins to fail, it has a domino effect, and in the past, we have seen that thousands of others from the same manufacturer will also fail around the same time.

I am building a home, when should I begin the solar installation process?

SolarWide installs solar panels to new builds before the Gyproc has been installed – at the framing stage after the roof has been installed. This allows us to pre-wire the solar and ensures the conduit is not visible. We can work off plans in most cases; the builder will enable us to do the install before completion.

What is the Small Scale Technology Certificate (STC)- also known as the Solar Rebate?

An STC is a government incentive (type of rebate) offered to encourage the uptake of solar power. An STC will provide you with a substantial cost saving when you install a solar system.

An STC is claimable once the system has been installed and commissioned. At SolarWide, we give you the STC discount at the point of sale, and then we declare the cost to claim back from the Government after the installation of the system.

The STC is a tradable commodity and can fluctuate in price, and we offer the price at the time of signing the contract.

Will my power be turned off during my solar installation?

What happens after the solar system installation?