Is solar really worth it and what are the potential returns on the Sunshine Coast. 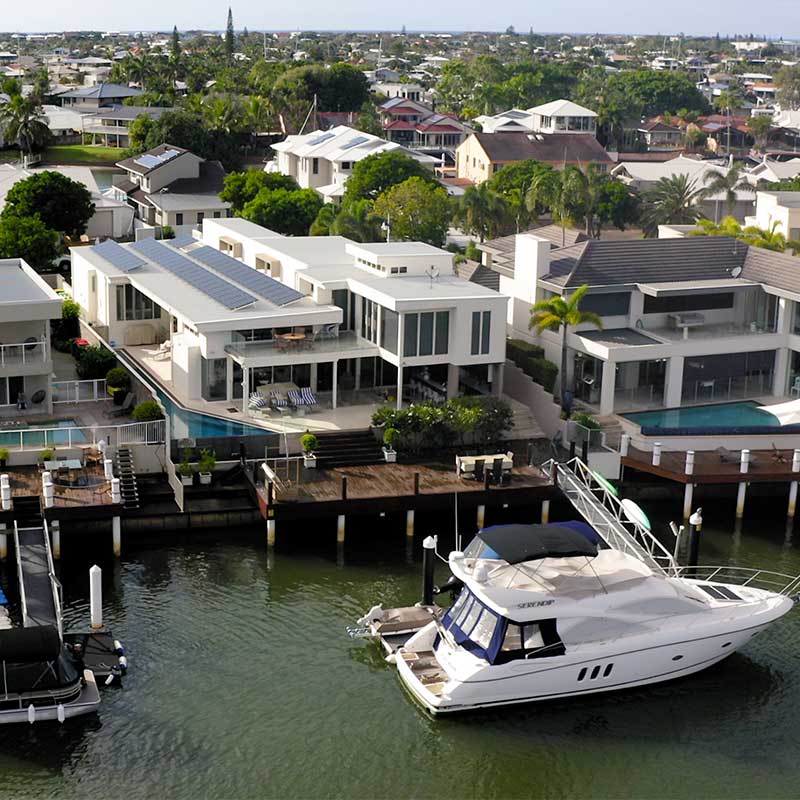 The Sunshine Coast is a well-known vacation destination, with more than 100 kilometres of beautiful scenes dotted with pristine beaches and vibrant beach cities, each with their own unique taste and feel. As the name implies, solar energy systems installed on the Sunny Coast will generate a reasonable amount of energy – a typical 5kW solar power system installed here will generate an average of 24kWh of electricity per day which is enough to power an average family home. There are many benefits of installing solar, specifically in the Sunshine coast, and they will all be explored in this following blog.

Firstly, there is a very generous solar rebate and feed-in-tariff within the Sunshine coast. Solar rebates from the federal government are extremely generous for Sunshine Coast homeowners who instal solar. On the Sunshine Coast, homeowners can get a solar feed-in tariff (FIT) of up to 20c/kWh. The feed-in tariff is the amount your energy retailer pays you for the excess solar energy you feed back into the grid. Furthermore, solar, as the name implies, makes perfect sense on the Sunshine Coast. The climate on the Sunshine Coast is ideal for solar. Summer is hot, with an average high temperature of 29°, and our sunny winters are warm, with an average low temperature of 22°. The Sunshine Coast has a solar irradiation level of 6kWh/sqm/day, which means that the sun beams 6kWh of power per square metre onto your solar panels. Furthermore, Solar panels in Queensland are eligible for the Federal Government’s STC rebate, also known as the Small-Scale Technology Certificates which are used to provide this financial incentive. When you install a solar power system, you generate a certain number of STCs based on the size and location of your solar installation. Each STC has a monetary value, and the sum of these certificates equals your “solar rebate.” The greater the number of solar panels you install, the greater the value of your solar rebate.

Secondly, before installing a system, a purchaser must understand certain variables that would affect your energy production. The orientation of your solar panels can have a significant impact on the amount of energy produced by your system. A north-facing solar system can produce the most energy in Australia, with peak production capacity occuring during the centre of the day when the sun is at its highest point. Solar systems installed on the building’s north-east or north-west sides, on the other hand, will produce slightly less power than installations facing north.

Furthermore, as solar module prices and FIT rates have decreased, East-West facing setups are becoming more popular since they generate power earlier in the day and finish later in the afternoon, which more closely matches the energy usage patterns of most families. This means that, while the system produces less energy overall, more of it is self-consumed, making East-West installations an appealing prospect. Another variable to take into account to ensure the highest electricity production is to make sure your panels are cleaned after they have been installed. To maximise the return on your Sunshine Coast solar investment, we recommend cleaning your solar system at least once a year and self-consuming as much of your solar energy as possible. For homes where trees may cause roof shading, we recommend using power optimisers or micro-inverters to maximise your system’s output while ensuring that only the shaded panel loses efficiency not the entire string of panels.

The size of your system is determined by a variety of factors, including how much power you use during the day, the orientation of your roof, whether shading will be an issue, and the amount of roof space you have at your home or business. Overall, if you really can afford to pay your electricity bill, you can afford to invest in solar because the system will pay for itself within energy savings. The most common solar system in the Sunshine Coast is the 6.6kW system. A 6.6kW solar power system is ideal for homes on the Sunshine Coast. A high-quality 6.6kW system installed on the Sunshine Coast produces 298kWh of clean, renewable energy on a daily basis. Because of the high daily output, you’ll generate approximately 11,000 kWh per year, saving you $2000+ per year on electricity costs. A good quality 6.6kW solar power system installed on the Sunshine Coast will cost you between $5000 and $10000 which means it will take you approximately 3 – 5 years to pay off your solar system purchase, but after that you will be earning an additional $2000 per year.